3 of the Most Expensive Divorces of All Time 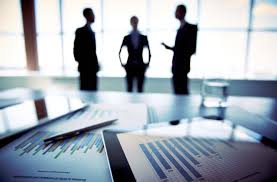 The Cost Of Divorce

There’s no doubt that divorces are incredibly expensive, especially without a prenuptial agreement. But these 3 divorces quite literally broke the bank!

In 2009, Mel Gibson’s wife, Robyn Moore, filed for divorce after learning that Gibson had a child with another woman. The pair’s relationship lasted over 30 years and they had 7 children together, which by Hollywood standards, is nearly a miracle. Although they had been estranged for a couple of years prior to the divorce, his wife decided to file shortly after Gibson’s highly publicized DUI arrest.

The Settlement: Robyn was awarded half of Gibson’s fortune, totaling $425 MILLION.

Media tycoon Rupert Murdoch was married to his second wife, Anna Torv, for about 30 years. They had met when Torv worked for Murdoch’s popular newspaper in the mid-’60s. According to reports, Torv desired for Murdoch to spend more time at home with her and their 3 children. However, Murdoch wanted to continue working, and the couple subsequently filed for divorce. Since they divorced in the state of California, the laws of the state gave her the ability to access as much as half his $7.9 billion fortune.

The Settlement: Rumor has it that Anna was awarded $100 MILLION in cash and $1.7 BILLION in assets!

The divorce between Tiger Woods and Elin Nordegren was highly publicized. The couple met in 2001 when Elin babysat for another golfer and were married 3 years later. After 5 years, Woods was caught in a very public cheating scandal, and a whopping 12 women stepped out and claimed that they had slept with the adulterous golfer. Elin filed for divorce shortly after the scandal surfaced and was awarded custody of the couple’s two children.

The Settlement: Elin was seeking approximately $750 million to begin with, but the total settlement was negotiated to $100 MILLION, which is still not pocket change.

How to Maximize YOUR Divorce Settlement

If you are considering divorce, or are in the middle of one, you may be wondering how you can increase your own divorce settlement. The most important asset to have on your side during a divorce is an experienced lawyer, and you can guarantee that the above 3 ladies had a high-powered legal team on their side.

At the Bourlon Law Firm, we know what it takes to petition the court for the highest divorce settlement possible, and we’ll fight for you to be awarded with every penny that you deserve. We’ll go the extra mile to see to it that your settlement is maximized, and we don’t back down until we’re confident that you’re getting the best end of the deal. Call today for a consultation at (361) 289-6040.